Its a little ironic that one of the most recent post on this blog was about another trip to the Isles of Scilly as that was a little over two years ago, another stark reminder of how remiss I have been in updating this site, or indeed, of writing anything original any where. I am calling this the tumblr effect. However, I thought that my most recent trip was worth reporting.
I recently spent three weeks working on the islands on a farm developing a new enterprise in duck production. This meant moving and installing a pre-fab unit to contain a slaughter house made from shipping containers and then the clearing of a some overgrown land to put up fencing for pens. As 'Farmer Dave' was away for some of the time I was working there we also had charge of the farms livestock, including a rather barrel like cow due to 'drop' her calf at any moment.

It was great to visit the Isles during the late autumn/winter. I was able to meet some of the locals who take on a much steadier pace of life in the winter. Most being employed, in the season, in the islands booming tourist trade. While I was there, with the exception of some reasonably hard core 'twitchers' tourists seemed to be largely in absence, so I felt that perhaps I was seeing behind the curtain of island life a little. Though the flower crop was just coming in to season it was not quite as 'sub tropical' as I had hoped, I can't complain, however, as we were blessed in the fact that after the first few days the weather went dry and continued to get better and better until the day we left, we were even seen working in shirt sleeves on the last few days, which I suppose is pretty good for November.

The crossing out was rough, I haven't experienced sea sickness since I was a small child but I am by no means confident about never having it again so as we lost sight of lands end and the boat began to roll me and my compatriots decided to descend below decks and get our heads down. I noted with some trepidation the green hue of the children sitting next to us but thankfully managed to get to sleep(isn) and our voyage, though extend to 3 hours (instead of the usual two and half) by the weather, passed largely un-eventfully. We disembarked on a fog bound St Marys around midday and it was straight to work.
I am using instagram for some of the pictures for this post. You can follow my Instagram account here

The Scillonian III in a foggy Hugh Town Harbour. Some what less 'bright' then when I was last here. I believe the guy in the blue IOS shirt is employed by the tourist board to 'photo bomb'.

The tractors on Scilly are mostly of this type which are, shall we say, a little smaller and more exposed than what I am used too (not the lack of windscreen, or any cab at all) but they suit to narrow lanes and tiny, ancient stone walled fields on the islands. She surly earned her keep over the next few weeks though.

Still wet, she did calf without assistance in less than an hour from showing first signs. But only after keeping us all thinking it was 'imminent' for more than a week. 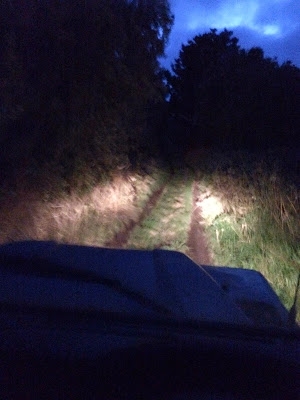 Heading out for an evening feed up for the cattle. 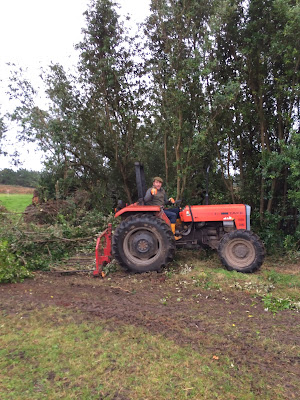 Jack clearing brush with the tractor 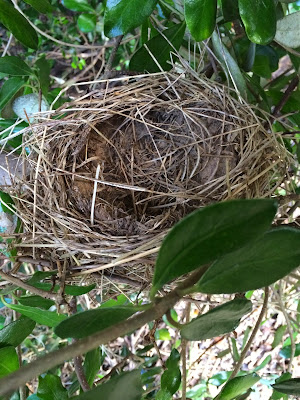 Out of season tourist accommodation. 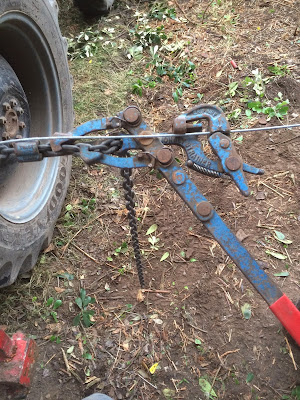 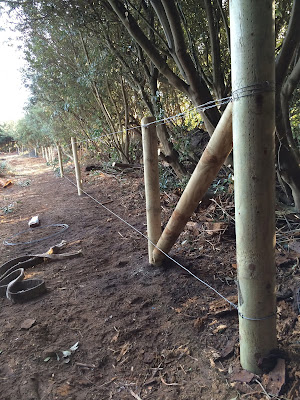 Straight(isn) lines by Jack and I

We had some really good fires which is one of my favourite sports.

I was on this project with my friend, Jack, who lives on one of the 'Off Islands'; Bryher and I couldn't pass up the opportunity to visit him and his girlfriend Kim, who is an amazing cook, while I was there. 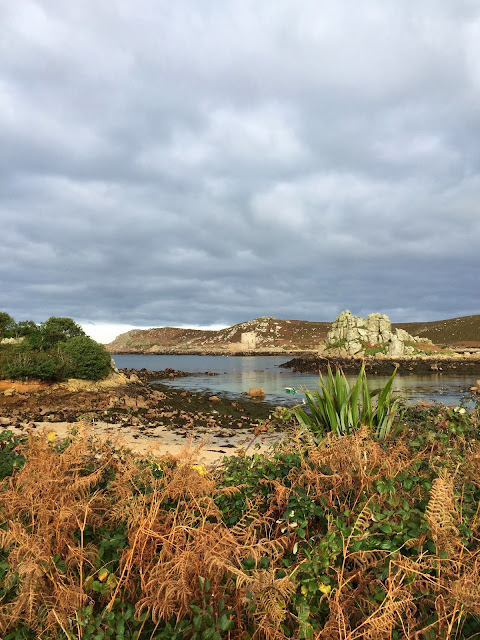 The view across The Channel to a ruined fort on Tresco, taken standing on Kim and Jacks front door step. What a place to live!

This is Percy. He is wild.

Not a bad view on the boat back to work.

Sight of lands end on the return voyage. A calmer trip!