Along the Enchanted Way Along the Enchanted Way - William Blacker
I am compelled by this book and others to sling on a pack, a pair of boots and set forth to a place where I can occupy myself simply with the cutting of hay, collection of apples and tending of livestock. Perhaps one day I will do it but until then I would heartily recommend this book to anyone who feels likewise.

Email ThisBlogThis!Share to TwitterShare to FacebookShare to Pinterest
Labels: Art.Craft.Culture.Etc, Food and Farming, Items of Interest

Sir Patrick Leigh Fermor DSO OBE 11 February 1915 – 10 June 2011
I have just been reading, with great sadness, some of the many obituaries to Patrick ‘Paddy’ Leigh Fermor, perhaps my all time hero. Indeed this blog takes it name from the title of my favourite of his books: Between the Woods and the Water. Despite my great esteem for the man few of my peers or contemporaries seem ever to have heard of him. Having been expelled from public school and aged 18 Paddy decided to walk across Europe from The Hook of Holland through a number of countries along the Rhine and the Danube and over mountain ranges to Constantinople in Turkey. During WWII as a SOE officer he lead the mission which successfully pulled off the only successful kidnapping of a German general by ailed forces during the war and was subsequently was played by Dirk Bogarde in a Hollywood film about the event. Later in life he started his career as a writer documenting his many travels and adventures, he has been called Britains greatest travel writer by many critics and his books are writen in the most wonderful form of English I have ever come across, a real joy to read.
I’ll raise a glass to him tonight.
http://www.guardian.co.uk/theguardian/2011/jun/10/patrick-leigh-fermor-obituary 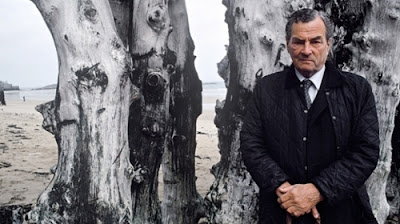