The Ox Cart Man - Donald Hall was first published in The New Yorker magazine as a poem on the third of October 1977. Hall later lengthened and adapted the poem to make it in to a children's book and had illustrations created for it by  Barbara Cooney, repeating the partnership which bought them their first Caldecott Medal. The Ox Cart Man published as a book in 1979 won the pair their second.
This is a book which I have been returning to periodically for just about as long as I can remember. Not only has it Cooneys wonderful, evocative illustrations (below) whose subtle details transport you straight the simple rural life in the New England landscape of the 19th Century. It also still has, despite the adaptation to book form, the heart and sole of a poem. A poem of an existence which involves people in the cycles of the seasons in a way which we might these days find ourselves a little two far removed from. 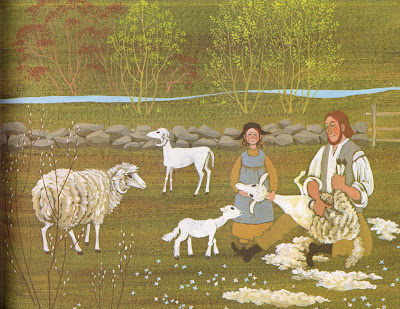 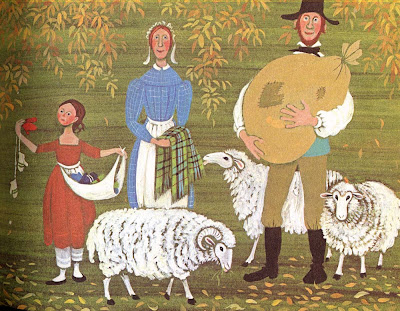 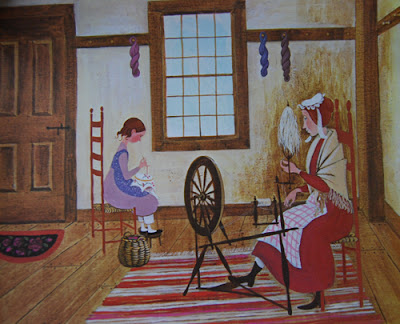 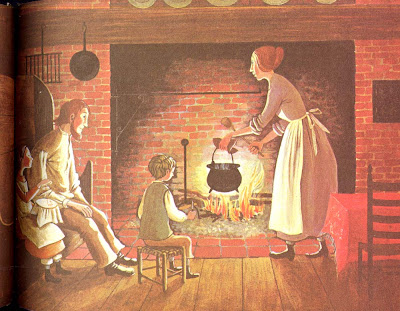 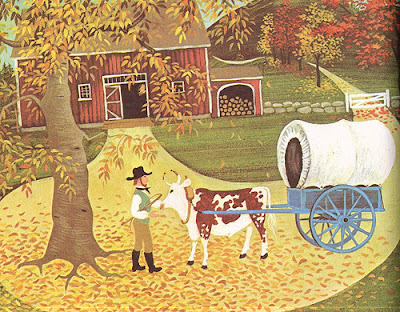